Recently I had the pleasure to work with England’s legendary snooker player Jimmy White.  This man is a six times World Championship finalist, he became the youngest World Amateur Champion in 1980 and is a two times winner of both the World Cup and the British Open, which are just a few of his achievements.  Not only is he a phenomenal snooker player but also an amazing father of 5 children.

We all know Jimmy White had an amazing career start but as many players of any game, concentration and focus can become a challenge.  Since 1993 he started to experience rougher patches in his career, sliding up and down the players ranking list.

Suddenly White realised he was playing at just 30% of his ability.  He was recommended to work with Adam Cumberland and wondered how this sort of hypnotherapy could help him achieve his goals.  He had the determination but lacked the ways of how.

White had an initial phone consultation with Adam and was accepted as a client.

“After one long 4 hr session with Adam my ability went from 30% to 75%. I now have the self belief I can improve further.”

Until we realise how important it is to understand what’s holding us back, it’s very hard to set goals, let alone follow through with them.  Therefore during the session with White several things were explored – mental blocks, importance of positive thoughts and actions as well as setting strict mental goals and discovering and breaking any limiting beliefs, ensuring Jimmy could build on his progress moving forward. 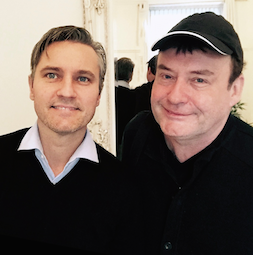 “I have achieved much greater Focus and Concentration which is key to any sport. Thank you Adam. I feel ready to take on The World Championship”

When creating personal excellence for any of our clients they discover how to:

When we truly understand how to guide our mind – our body will follow.

Wishing you all great mental and physical health.

peace, calm, confidence & gratitude: what I learned from hypnotherapy with Adam Cumberland In my last post I mentioned I had some hypnotherapy at the end of last year. In this post I’m going to tell you all about it – get comfortable! Going to hypnotherapy was an interesting development because, as I’ve mentioned, 2012…

Now You See Me – Now I Understand Me

”Can you read my mind?” – No. ”Are you a magician?” – No. ”Can you fix me? – No, because you do not need fixing but I can certainly help you!   Whenever I see an increase in these types of questions from my potential clients, I know, something relatively related to my field as…

Why do GP’s refer patients to Cumberland Hypnotherapy?

Doctors excel at finding what’s missing in your immune system or if there’s something that shouldn’t be there. When it comes to your mental health GP’s can refer you to group therapy, psychotherapist or hypnotherapists. Pills and topical creams will work wonders for your body – talking therapies, neuro linguistic programming and hypnotherapy are key…